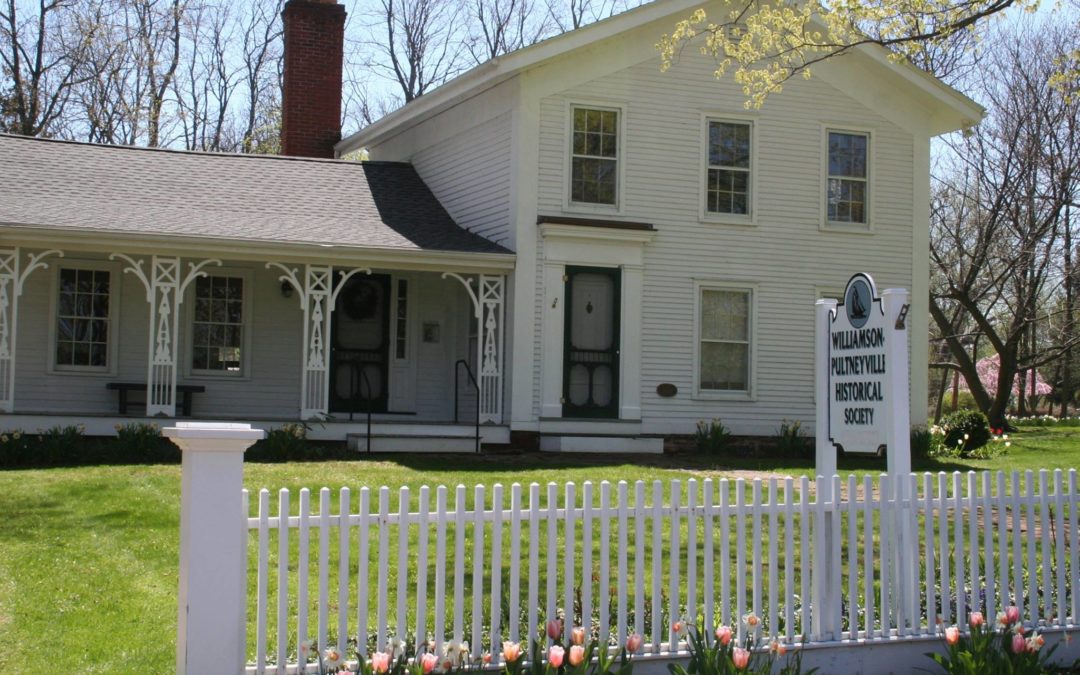 The Williamson-Pultneyville Historical Society (W-PHS) will open for the 2022 season on the New York
State Spring Path Through History weekend on Friday, Saturday and Sunday afternoons, June 17, 18 and
19 from 1:00-4:00pm. Exhibits include artifacts from the Great Lakes schooner “St. Peter” which sank
just east of Pultneyville in 1898, and patent and design models constructed by Captain Horatio Nelson
Throop. Born in Pultneyville in 1807, Throop was the first European American born in the young hamlet,
and became a well-known sailor, inventor, ship builder and captain. During the years of the
Underground Railroad activity, he arranged passage for freedom seekers from Pultneyville to the ports
of British North America on his ships.

Additional exhibits include descriptions of abolition and Underground Railroad activities in the area,
local soldiers lost during World War I, a War of 1812 Bicentennial Peace Garden commemorating the
1814 skirmish with British forces, and artifacts illustrating the development of the small lakeside port
community of Pultneyville and the families who built it.  Also featured is a timeline of Gates Hall . . . the
oldest active small community theatre in the United States situated in Pultneyville which resides on both
the State and National Registers of Historic Places.

Exhibits will remain open to the public Friday, Saturday, and Sunday afternoons through Columbus Day
weekend when the 2022 season will culminate with an old-fashioned cider pressing experience for
children and the young-at-heart on Monday, October 11th.  While donations are accepted, admission to
the W-PHS house and exhibits remains free.